Don’t go into the light!

I was looking back through some old holiday photos on Sunday and I thought I would use this one as my Monday blog post because it still puts a smile on my face.

This picture was taken in the museum at Alice Springs (the name of which I can’t remember) when we were on holiday there in 2010. Number 1 had seen the museum as we were passing one day and requested a visit. We had no idea where it was and said that if he directed us there we would go. He managed to get us across town and into the carpark with no problem. Very impressive for a nine year old!*

It was only a small museum, but had a mineral section that rock-addicted Number 2 was very pleased with. The majority of the exhibitions were excellently presented bones and animals that kept us in there for ages.

I took heaps of photos (as usual) but this one is probably my favourite. I prefer beetles wandering around in my garden, not pinned and mounted, but when I saw this display (on this angle) I laughed. All I could see were ranks of recently departed beetles marching earnestly into the light of the afterlife.

Don’t go into the light!

* It was just as well Number 1 knew where to go, because we had absolutely no idea where it was and found Alice Springs a very annoying place to drive around in.

Early in our stay we needed the GPS to get us back to the caravan park from the supermarket, only a few k’s away, because we had taken the wrong street and got completely turned around! We had driven halfway across Australia without a problem but got lost two streets away… pathetic! 🙂

Number 2 son is a strange one. A boy of his age should be mainly interested in things like ninjas, weapons and video games, and he is, massively so.

Something else he is even more interested in is a little unusual. He loves rocks. Shiny rocks, boring rocks, weird rocks, he loves them all.

Can you imagine how happy this little person was yesterday when we took him to a mineral museum?

He happily sat through the video display of the creation of the mineral deposits at Broken Hill, then raced ahead to see what treasures awaited.

He was not disappointed. I was immediately requested to take a photo of him standing next to a 42kg nugget of native silver, then spent the next half an hour or so taking photos of pretty much every display in the room, just so he didn’t miss a thing. “Mum, look at this.” “Mum, over here!” I expect that the other patrons were quick to move on just because they were shamed by their lack of excitement. 😉 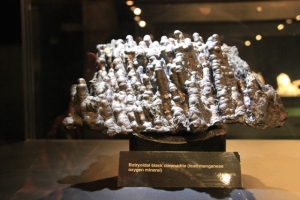 There was even a table with a collection of minerals complete with a magnifier that beamed the enlarged image onto a big tv screen above you.

Oh, happy days! The amethyst residing in his pocket was whipped out and minutely examined before the rocks on the table were inspected with equal interest.

Number 1 son is not as interested in rocky things, but still goes along with it, after all, it is hard to resist such enthusiasm.

It was a small display, too small, obviously. As he neared the exit a little voice rang out through the room, “Awww, is that all?” 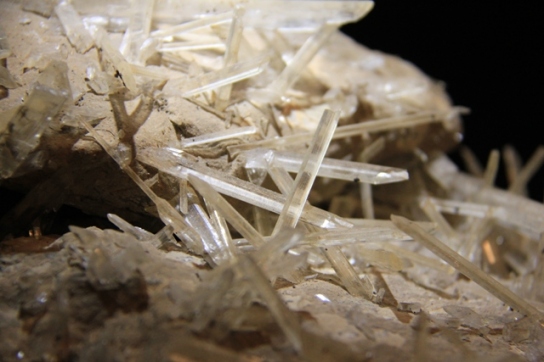 It is good to see that the tradition of unexploded bombs being found in inappropriate places (like ovens, octopuses and sharks) continues to this day.

An unexploded World War I bomb was found in a Ballarat museum by a volunteer doing some packing. Possible death was probably not what that person expected to find amongst the exhibits!

The kids were excited when I read the article to them, we have been to this museum, the thought of being in a room with something like that was utterly delicious to them. They wanted to rush back there immediately! They were disappointed when I told them the bomb would be taken care of by then and would not be a danger any more…

From now on I expect every time we go to a museum they will view each piece of military hardware with suspicion! Or is that anticipation? 🙂 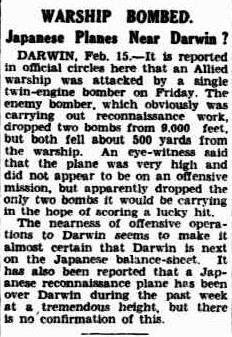 On the 19th of February 1942, at around 10 in the morning, 260 Japanese planes conducted an air raid on the city of Darwin. Around an hour later another wave attacked.

At the time of the bombing the civilian population of Darwin was approximately 2000. Around 250 people were killed and nearly 400 injured that day. More bombs were dropped on Darwin on the 19th of February 1942 than during the attack of Pearl Harbour on the 7th December 1941 .

This news article of the 15th of February reported that the Japanese were sending small bombers on reconnaissance missions over the city of Darwin in the north of Australia. Apparently these reports weren’t taken as seriously as they should have been, Australians believed distance kept them safely remote from any direct attacks. Nobody expected that the first assault on the mainland would occur within days.

The two waves of attack on the 19th centred on the harbour and military ships docked there, the aerodromes, shipping lanes and Darwin hospital. By the end of the day most of the facilities and essential services in Darwin were destroyed. Many civilians left, and began heading south, understandably believing that the attack was the start of an invasion. These air raids were the start of over 100 attacks in the north of Australia for the next two years.

Last year the Australian government officially recognized the 19th of February as a national day of significance, but this year is the first time it has been officially celebrated. On Sunday during the ceremonies commemorating the 70th anniversary of this event, Australia’s Governor-General, Quentin Bryce, opened a $10 million museum dedicated to the bombing of Darwin.

Thousands of people, including about 90 people who survived the attacks, attended the ceremony, flyover and re-enactment (guns, planes, no bombs, phew!). A service was also given to honour the 89 American soldiers that died when the USS Peary was hit in the harbour.